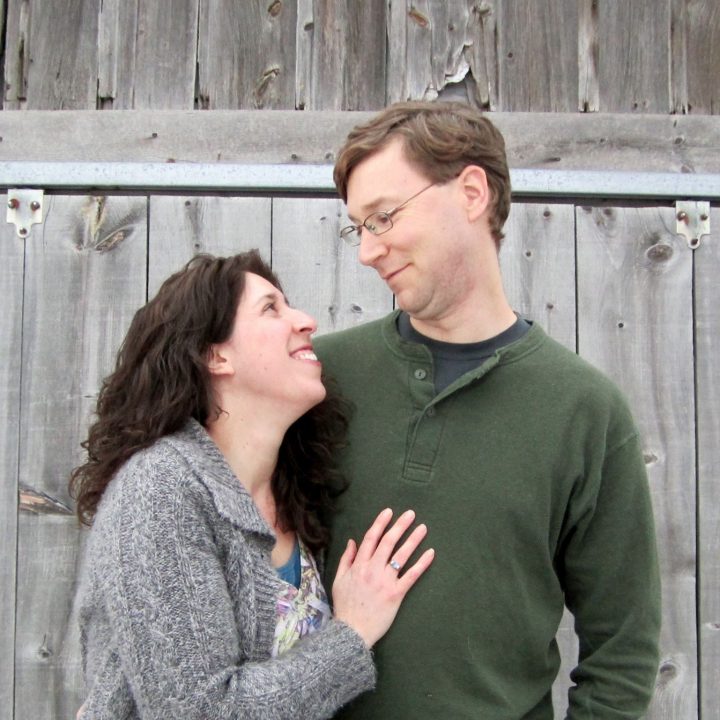 In August, 2020, we were in the middle of our week-long vacation at a cottage on Lake Erie (Ontario). We had been brainstorming for a couple of months about what the next phase of our lives might look like. We had considered local ministry and overseas ministry, but another idea kept floating to the surface: a retreat centre for people in crisis. While we were on vacation, we decided to start putting some skin on the bones of that idea. We wrote down all the things that we’d ideally like to offer at this centre. We started looking at properties online, for the sake of being able to visualize what was out there, and what our priorities were for our eventual property. We made notes about business plans and budgets and networking. All of this was with the idea that we were aiming for next summer.

After our vacation, our first action item was to write to a bunch of people and organizations who already care for people in crisis: therapists, pastors, church denominations, missions boards. That list included people that we know personally, people whose names were given to us, and a whole lot of people that we randomly found online. We explained our vision and asked for their feedback. Was this a feasible idea? Was there a need for such a centre? Would it be beneficial to the people they care for? Would it be something they would refer people to?

Within the first few days of sending that email blast, we started getting responses back. All very positive, encouraging, and very enthusiastic. Many people took the time to write their thoughts out in detail. A few people offered to meet with us so we could flesh out more of our plan with their professional input. And we got an interesting phone call from one pastor.

Our email had been forwarded to him from the denomination’s online feedback form that we had filled out. Before contacting us, he decided to take a look on Facebook to see what he could learn about us. He noticed that we have some mutual friends, so he called them to see if we were psychos. They happened to be people with whom we had already discussed our vision, and they gave him a positive review of us. In the course of his initial conversation with Pat, he suggested that we look at a property that he knew of. He sent us the link.

We never would have looked at it. We were looking mainly in Nova Scotia and this is in New Brunswick. And we were looking for more land (expecting that we would probably have to build what we wanted from scratch) and this one is only 8 acres. This property wouldn’t have come up in any of our searches.

We had some questions, which the pastor couldn’t answer, so he just sent us the owners’ contact information. They go to his church, and he was confident it would be okay for us to contact them directly. We emailed them and they very graciously answered all of our questions. They asked if it would be helpful for us to talk face-to-face. They were going to be coming to Ontario the following week and they wondered if we lived anywhere within driving distance to where they’d be staying: Cambridge.

Two weeks ago, they came over for dinner on our patio. It turns out they’d initially bought their property 3 years ago to start a retreat centre. But some unforeseen life circumstances had prevented them from getting it going, and when covid hit, they decided to call it a day and move back to Ontario. We had a lovely visit, and discovered that we have several mutual friends. By the end of the evening, they stated that they really wanted to sell the property to us, so we could carry on their ministry vision. They had been hoping to move before Christmas, but if that wasn’t going to work for us, they were willing to wait until next summer.

After they left, Pat and I decided to put some feelers out regarding our house and see what happens. If God wanted us to move now, He could make it happen. But if the timing wasn’t right, then we prayed that He would close the door for now and we would readdress the idea in the spring. Saturday morning, I took a bunch of pictures and posted them on Facebook. We had company coming for the long weekend, so we didn’t have time to worry about too much staging and touching up paint etc. On Sunday, I also threw together a Kijiji ad.

In the meantime, we got word from the owners of the NB property that there was a sudden flurry of activity on their place. With covid restrictions starting to ease, there was an onslaught of people wanting to see their house. With an offer already on our place, we decided to get an offer in on their place as well. We spent last Saturday doing all of the paperwork involved in our sale and the purchase.

This past week, our buyers came for their home inspection. In chatting with them, we learned that they, too, are Christians. And it also turns out that we have several mutual friends! Last night, our sale was finalized. So here we are. One month from that long-ago vacation when we were brainstorming. Two weeks from when we (on a bit of a whim) decided to see if anyone wanted to buy our house. And now nine weeks from when we will load up our vehicles and head east.

Our new property has 2 houses and a cottage, and it’s on the Bay of Fundy. If things go well with our retreat centre, there is room to build more cottages later on. But we are buying the houses fully furnished, and we can be ready to start small and open next spring! We have lots more we want to tell you about our plans, but perhaps this post is long enough now. We’ll share more as things come together.

something to improve stability and control (as of
the draft of a ship);
something that helps someone or something
to succeed